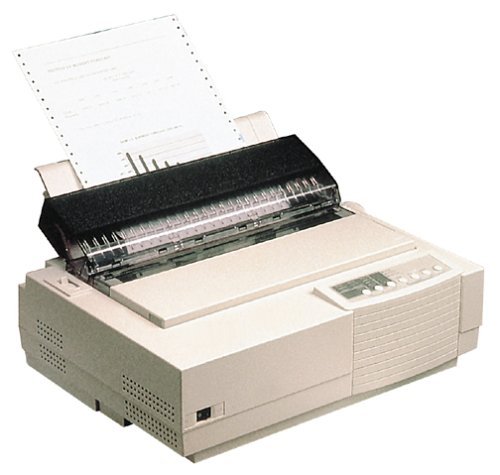 The pins are normally aligned in a matrix containing 9 or 24 pins where the container of the pins is called the printhead. This printer functions with a print head that runs back and forth on the page and prints by impact, striking an ink-soaked cloth ribbon against the paper, similar to a typewriter. Printing involves mechanical pressure; these printers can create multiple copies.

Each dot is produced by a tiny metal rod, also called a “wire” or “pin”. Manufacturers increased the pin count of the Dot matrix printer print head from 9 pins to 18, or 24. The increased pin-count permitted superior print-quality.

The simplicity and durability of the design allows users who are not “computer literate” to easily perform routine tasks such as changing ribbons and correcting paper jams.