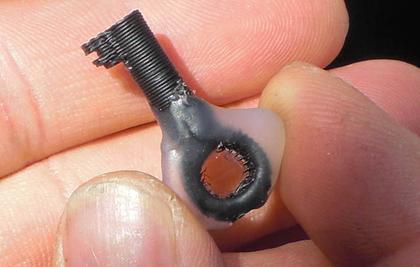 Copy of a key printed from a 3D printer Ray, a German hacker, has come up with an interesting way to use a 3D printer. Using a 3D printer he demonstrated how to print a handcuff key.

3D printers take a full scan of the option and then prints the object from plastic to give you a 3D model. Ray, put a Dutch pair of handcuffs on, then scanned his hands and handcuffs with a 3D printer.

From that he was able to have a printed key made from the scan.

And let me mention…the key worked too! He used the printed key to unlock the handcuffs.